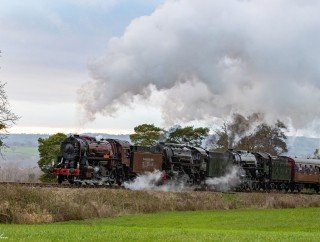 After the unrivalled launch event for RECONNECT LEEK, the Churnet Valley Railway is now gearing up for its second fundraising event for the re-opening into the Queen of the Moorlands with the BORDERS EXPLORER. Leek is less than a mile away, and yet despite being so close there is so much to do. Early estimates are it will cost £1.2 million, and whilst a grant application is being processed with the "European Agriculture Fund for Rural Development" this won’t cover the full amount.

Therefore over two weekends in April the CVR will be operating over every inch of track presently accessible by train from our network – which will include the Leek Stub completed in Phase 1 plus part of the Stoke line as far as the CVR boundary at Leek Brook Junction with Network Rail. In order to find out just how far this is, you’ll need to come aboard! Whilst these trips are not hugely additional mileage, they do entail travelling on parts of the railway which the public have not been on for many years. Along with the 2 stubs; passengers will travel along both the Churnet Valley Line and the Cauldon Branch as far as Ipstones. 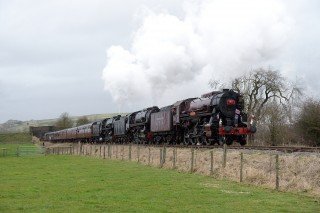 If you wish to join in supporting this event, trains will depart from Froghall station on Sunday 5th, Saturday 18th and Sunday 19th April at 09:15, 11:30, 13:45 and 16:00. Each service will be top and tailed by two of our resident locomotives, including one of the S160 locomotives that starred in Super Power Weekend: Take 2. Tickets are priced at £20 per adult, £15 per Child (with Under 4s free), pre booking is essential to avoid disappointment.

All proceeds from these running days will go towards the project to put Leek back on the railway map. Even before the first new panel of track is laid professional fees needed to be paid to those who have painstakingly put an engineering solution together to cross over the Severn Trent sewer that was installed in the track bed after the line was lifted, along with ecological obligations and intertwining a concessionary footpath along part of the route.

If you wish to follow the progress of the Reconnect Leek Project, details will be released through both the CVR website and Facebook page. This is an exciting time for Churnet Valley Railway, and it’d be nice to see as much of the local community be a part of this as possible – every step of the way.